Something In Us Loves a Witch

Something in us loves a witch. We’ve already explored the irrational behavior demonstrated by Prohibition and the Salem Witch Trials. See “Global Warming and Prohibition”. 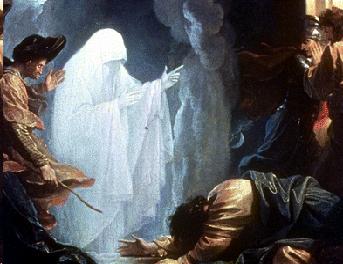 The nature of the human condition is that we are constantly confronted with forces beyond our understanding and control. Floods, droughts, pestilence and famine, the fickle finger of fate.

Maybe more so after the agrarian revolution as frantic fingers furrowed and God-Kings postured. There were sacrifices, both animal and human. Kings posed as interpreters of kindred spirits, decreed rituals,  and so you see the kings were actually witches.

Skeletons of children beneath the threshold footings of Druid houses, our Easter Lamb, assuage the incomprehensible that we might have a bountiful harvest.

Yet, we must manifest the incomprehensible tangible by proxy. God-Kings, witches, sorcerers…prophets. Sacrifice a prophet?

Fingers to the bone, nasty brutish and short.

1 Response to Something In Us Loves a Witch