There are Edens on earth today. They are not found toward the North and South Poles today, but for most of earth history they were.  What causes the planet to transition from paradise to ice? This is a matter of considerable interest to naked apes.

We live in an ice age. Fortunately, we are towards the end of a warm fibrillation within our ice age, but we have ice at both poles. In Paradise there was no ice at all.

It is often suggested that changes in the position of continents govern paradise. In particular,  that the separation of South America and Antarctica, allowing a powerful vortex of wind and ocean currents around Antarctica, set the stage for the ice age we live in.

While this is certainly an important influence, we will show that in prior transitions from paradise to ice, the continents prevented a South Polar Vortex.  The plate tectonic reconstructions in the header image and below are by by C.R. Scotese, PALEOMAP Project. 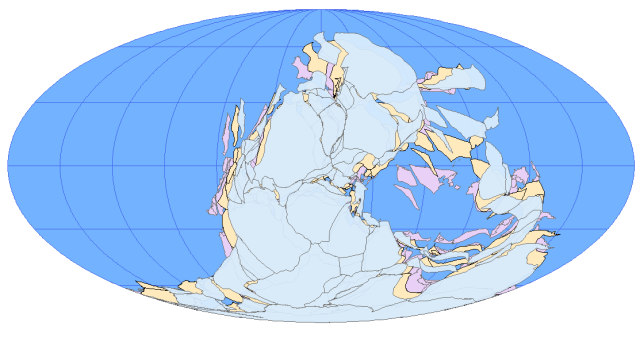 Above is the configuration of continents during the Carboniferous ice age. The colors show the motion: magenta 340 mya, tan 320 mya, grey 300 mya. Conditions at the North Pole are unchanged, and  a South Polar vortex was impossible. 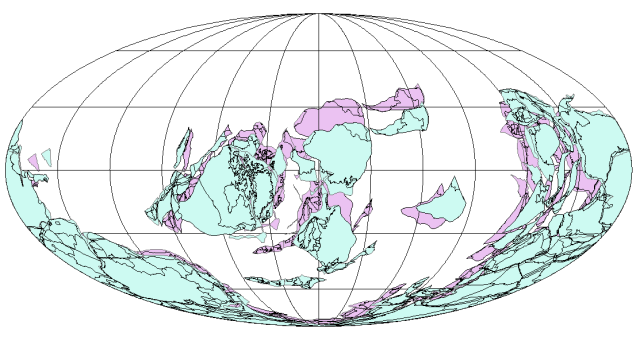 Here is a similar map for the Ordovician ice age. The green is 460 mya and the magenta 440 mya. The configuration is weird in this projection. 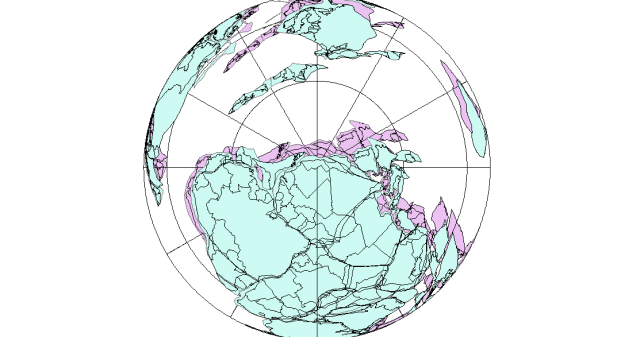 A South Polar view above is better. Once again, a large landmass between 40 and 60 degrees south blocks any Antarctic vortex. 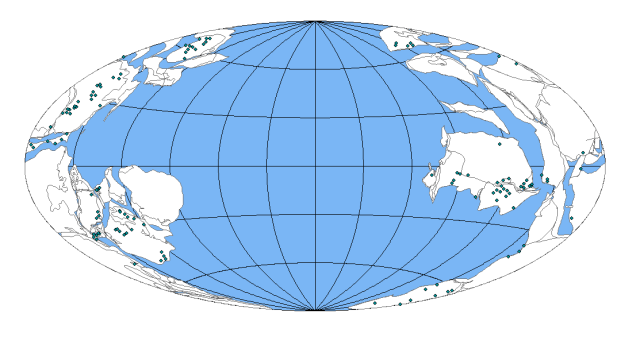 There were a couple of ice ages in the Proterozoic. The continental positions are sketchy three quarters of a billion years ago, but there are considered to be two near “snowball” episodes about 100 million years apart with the continents looking something like this.

The little green squares are “tillites”, glacial moraine deposits. Some are near the equator.

This configuration favors a Panthalassic “meridional overturning” circulation, but not a vortex at either pole.

My intuition is that all the transitions from paradise to ice had a similar cause. Just my intuition. It is conceivable that they all had different causes.

We can say with certainty that if they all had different causes, only one out of five resulted from a polar vortex.

4 Responses to Paradise to Ice