The Homo erectus and the Climate Scientist.

Habilis probably had fire, but Homo erectus definitely had fire and he would have been around at the last glacial maximum to discuss with a climate scientist the dangers of burning a lot of campfires. 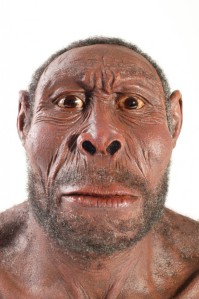 He does not look impressed. 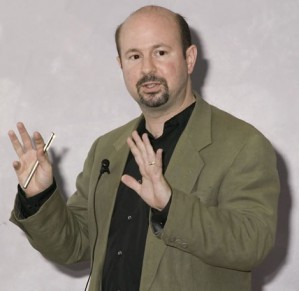 The discussion got to the point where the climate scientist declared that if MR. erectus did not quit burning all those campfires the planet would be five or six degrees warmer in 2014.

Mr. erectus replies, “So what?” “It’s too damn cold.” It is a glacial maximum after all.

“Well”, replies the climate scientist, “the sea level will rise.”

At this point the climate scientist launches into a diatribe about responsibility and saving the planet from eminent doom. This prompts the look from Mr. erectus in the photo op above.

This entry was posted in Climate and tagged Homo scientufus anticlimacticus, Neanderthal Science. Bookmark the permalink.