Piltdown Mann and his Hockey Stick

The estimable Michael Mann has continued to defend his infamous “Hockey Stick” with bluster and litigation, even as his data has become increasingly indefensible. 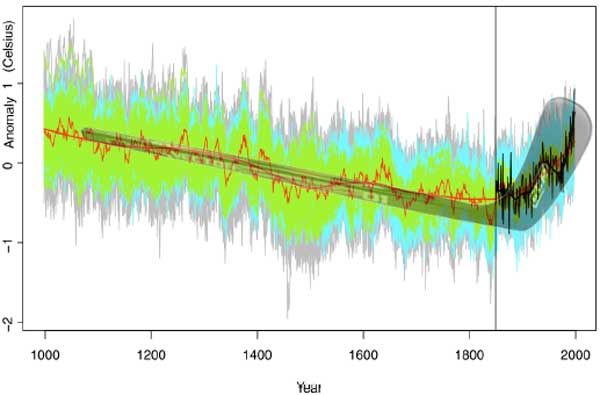 When the likes of Wallace Broecker make observations like, “I don’t trust people like that. A lot of the data sets he uses are shitty, you know. They are just not up to what he is trying to do….”, you have a problem. Dr. Broecker is a senior climate scientist at Columbia University. He was an early advocate of human warming from CO2, predicting this role in the 1970’s when Kenneth Watt and institutional science was concerned with global cooling. He is also credited with the concepts of the thermohaline circulation of the oceans and the bipolar see saw.

Atte Korhola writes, “Another example is a study recently published in the prestigious journal Science. Proxies have been included selectively, they have been digested, manipulated, filtered, and combined – for example, data collected from Finland in the past by my own colleagues has even been turned upside down such that the warm periods become cold and vice versa. Normally, this would be considered as a scientific forgery, which has serious consequences.” Dr. Korhola is a professor of Climate Change at the University of Helsinki and an expert in Arctic paleoclimate.

Robert Way writes, “ I’ve personally seen work that is unpublished that challenges every single one of his reconstructions because they all either understate or overstate low-frequency variations. Mann et al stood by after their original HS and let others treat it with the confidence that they themselves couldn’t assign to it. The original hockey stick still used the wrong methods and these methods were defended over and over despite being wrong. He fought like a dog to discredit and argue with those on the other side that his method was not flawed. And in the end he never admitted that the entire method was a mistake. They then let this HS be used in every way possible despite knowing the stats behind it weren’t rock solid.” Robert is a doctoral student in Canadian permafrost and a team member of SkS, a staunchly CAGW website.

The point here is that all the comments above are from people who agree with Michael Mann about the dangers of human CO2.

Piltdown Man was an amazing fabrication of a skull to fit the anthropological preconception that the brain was the driver of human evolution and that the missing link between humans and apes would be an ape with a large brain. The staggering effort to accomplish this fabrication, in itself, speaks to the incredible power of preconception and superstition in the human psyche. 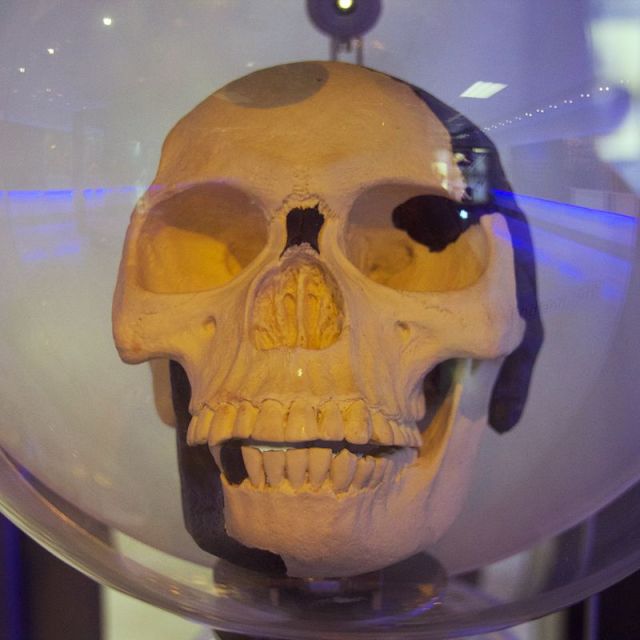 Credit Mike Peel. This image is of a replica of the original skull that was filed and fitted and treated with acids to give the appearance of great antiquity.

Credit not available. Astonishing craftsmanship in its own right. The pieces were from fossil human and fossil Orangutan.

It is now widely believed that humans have a common ancestor with apes, so in the end, the effort was completely unnecessary. The perpetrator(s) remain uncertain, although one Mr. Dawson appears to have had many prior forgeries in his portfolio. It is difficult to believe that one man could accomplish this without at least tacit collusion from other experts with the same agenda.

And so it is with the hockey stick.

Apologies, if any are needed, to the owner of the Twitter handle “Piltdown Mann”.